My Road to React: Getting Started (Components and binding)

So it looks like I will be learning React this summer! This is a change from what I thought that I would be doing, but I am excited.


A little bit about what's going on:


I decided to start learning React in depth because I don't want to be babysat or feel like a drag on the team just coming in the door. So I searched around for materials by which to learn React. "The Road to React" seems the best that I have come across so far (it just fits my style).

The book starts with a challenge to share what you have learned and I think that is a wonderful idea. So here we go:

Today I learned that Components, instances, and elements are different things in React. This at first was confusing, but I think that I have it now. Components are the pieces that make up your React App. They are created and you can refer to or use instances of those Components. That's not so bad. Kind of like creating Objects in general. So then elements are how you communicate to React what you actually want to render. They are basically like HTML elements that create real markup on the page.

Second, I learned that you can bind a method to a class that make it a class method. You do that by this bit of code:


The "this" keyword is certainly more confusing on approach in JS than it was in Java (for me). It seems so multiple and ineffable at first. Here's what is happening in that code up there if I understand it correctly:

this.example is a method that is being "bound" or attached to the React component. It is now a class method.


It is going to take me a while to get this down. I am however, not alone. Neither are you. We got this!

A Teacher's Advice on Learning CS with Less Stress


Within the past few years there has been an explosion in tech. People have become more interested, and so groups have sought to monetize educating those people. As someone who has been learning web development for the past four years, I have come across tons of resources both paid and free. There is a trend in these resources that helps me separate them into quality and sub-par very quickly: their real-world comparisons.

So many times I have felt confident that I am understanding a new concept only to be confused by an analogy that the course or resource offered me. It can be confusing at best and make someone want to quit learning at the worst. I will leave all courses and examples unnamed, but will definitely share some examples.

My BIG disclaimer: teaching is a beast of a responsibility. Be careful what you say about or to teachers. They are trying their best and I am aware of that. In NO way is this derogatory to teachers. We stick…

The Case for Mastering a Skill Before Moving On

I'm Gonna Need Both Cheeks For This One My path to learning development has been anything but linear. There have been moments where I was ready to quit because I couldn't foresee learning all the skills needed for employment.

I started learning HTML, CSS, and JavaScript. Then I got a job where I would be teaching Java. So I started learning Java. I realized that even though I was getting really good at Java, I had a love for Front-End development. So I went back to my first path while still in Java. Looking at job listings and falling for the "which languages are the best" blogs made me jump into Python. I wanted to be Full-Stack. No, I want to just do Front-End. Is Back-End better?!?

I was overwhelmed and felt like I would never get down all the skills needed.

That's when a close friend of mine, who manages a team of devs at a Fortune 500, gave me some sage advice: become a master of one thing.

It made me think of Ron Swanson's sage advice:

I am someone who… 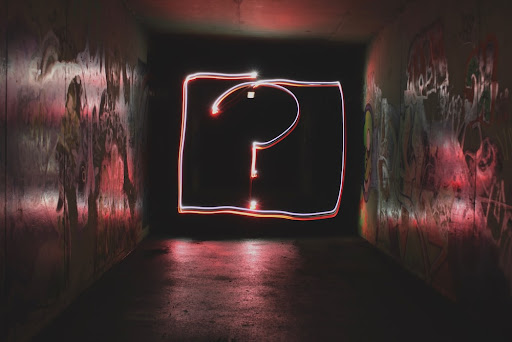 Building a Trivia Game in Java

Today I built a Java Trivia Game with my students, and I want to walk through how we solved it.

First, we set out the steps for the game:

1. The game will have ten questions.
2. There will be two players.
3. The order will alternate between player one and player two.
4. Each correct answer earns a point, whereas incorrect answers just don't count.
5. Whoever has the most points in the end wins. (We haven't decided what to do with ties yet).


Starting out, we knew that we would need to make use of a text file and a scanner:


In questions.txt, I started off with a number that would signify the number of questions included and then the rest in the following format:

This allowed me to easily pull out each question and create an object instance of it. The class for questions looks like this: